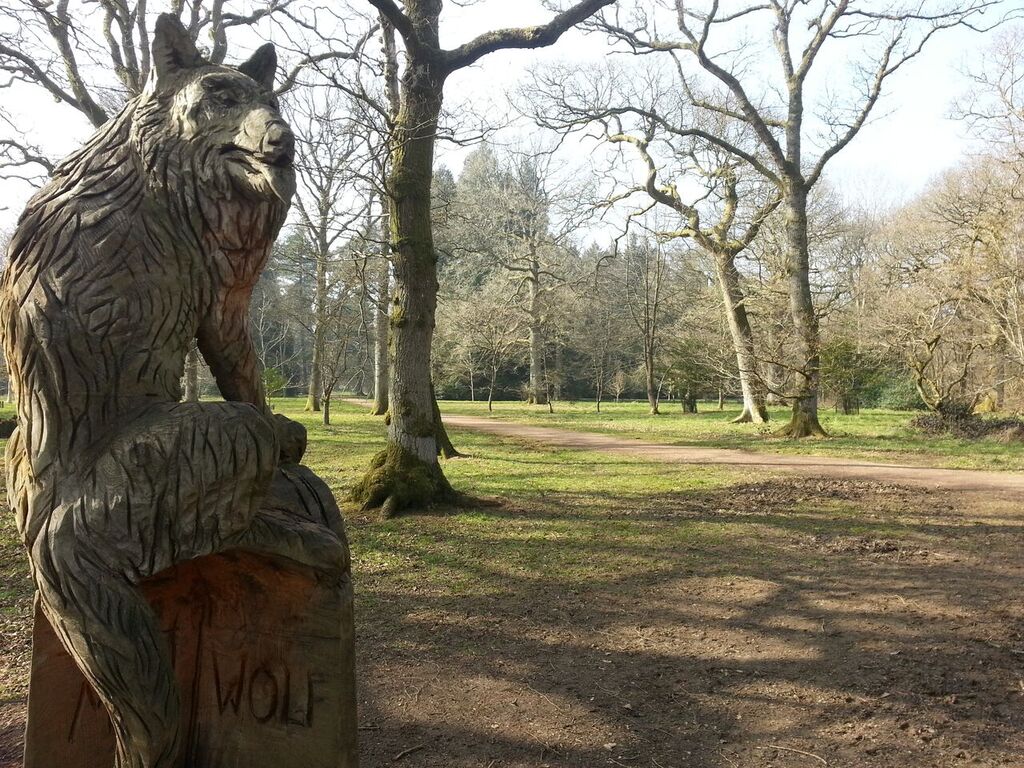 Allow me if you will dear reader to indulge you with a passion of mine, which is, of course, nature or more specifically trees. As a discipline ‘it’ is known as Arboriculture and is a ‘branch’ of botany (excuse the pun), hence why this blog is called ‘Adventure and Arb‘ Adventure covers everything and Arb considers the world of trees. For me this has become a life’s passion and studying these amazing organisms is a pleasure which is its own reward, so please allow me to take you to a place I was fortunate enough to visit recently… 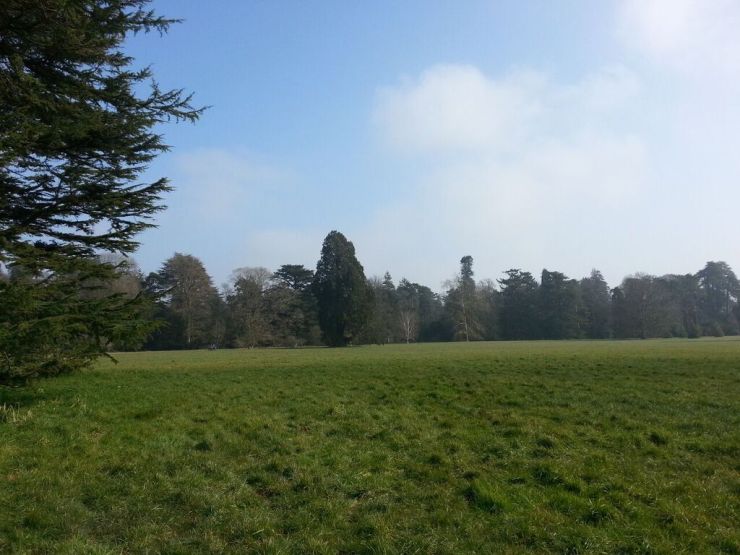 Nestled in the picturesque counties of the Cotswolds, famous for its landscapes of rolling green hills and historical cities, towns and villages sits what I can only describe as England’s own Garden of Eden. For me this is primarily the case because it is just that, a garden of incredible diversity and breath-taking sites. From Giant Redwoods to magnificent Maples this site was once the grounds of a great estate whose halls is now a school. The Halford family, in particular Robert Holford and continued by his son George had the foresight during the great days of Victorian exploration to collect over 1500 different species of trees and plant them all just right so that today, nearly 200 years later we can enjoy a collection like no other in the UK.

For an Arboriculturalist who has spent a fair amount of time in and around woodlands, especially those native to the North West of the UK, the picture was quite the alien one. My home country does not have a huge range of native trees, the previous ice-age retreat was not long enough ago for a huge amount of migration to occur. So needless to say our wooded areas are either plantations, or (hopefully) natural sites with a only a range of certain species dependending upon the environment. All very well normally but normality is not king here, there are so many foriegn and new trees, all growing as one, displayed in avenues of interwoven displays, leading the eye from one spectacle to another

I only had the one day and certain things needed attention over others but despite that, I had a good go for a place which sees over 400,000 visitors a year and is over 600 acres of ancient woodland, old and new arboreta and open grasslands centred around a visitors hub and even 79 of our champion trees!

Over 17 miles of pathways and something new around every corner, this would be a grand place to find yourself lost, I even came across a Gruffalo…

From one corner to the next is a long walk and it would take months to take it all in, I will certainly be back in the summer to see the leaves out in full and perhaps Autumn to see the famous colours on display and blog again. Too many nooks remain hidden and crannies un-explored, these are only some of the secrets this place must hold 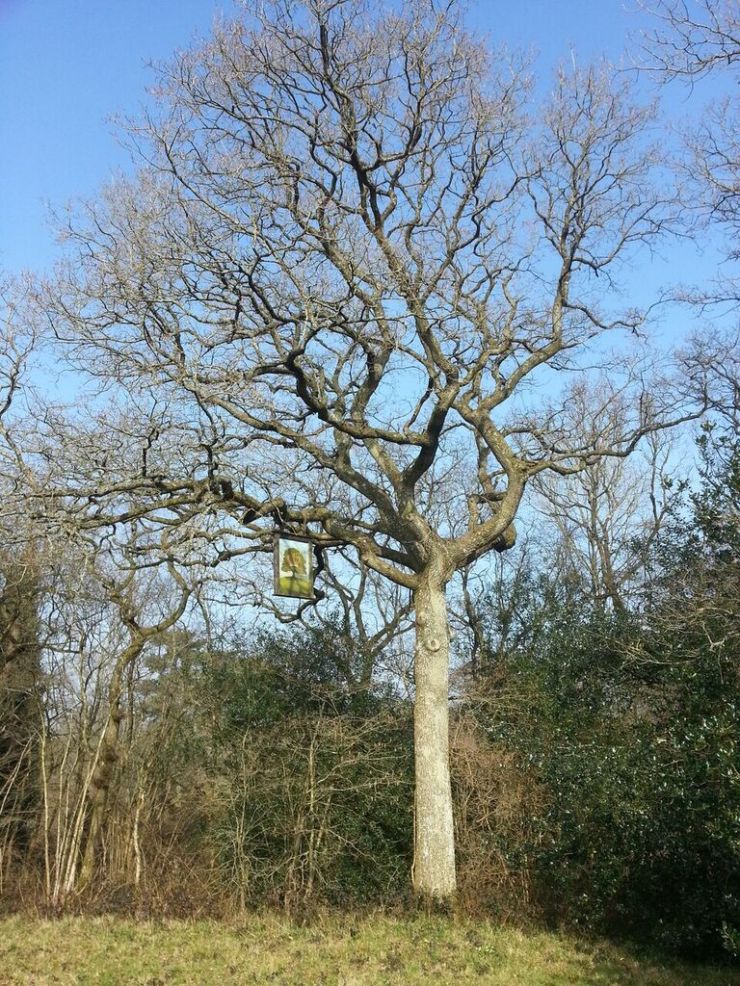 Like this well nestled Oak which was hidden amongst the stands of Silk Wood, a more wild woodland area of Westonbirt, upon that old pub sign it says ‘Royal Oak’… I never did find out why..

I had given up trying to pretend I even knew half of these species existed… Still I was happy to recognise as many as I did. 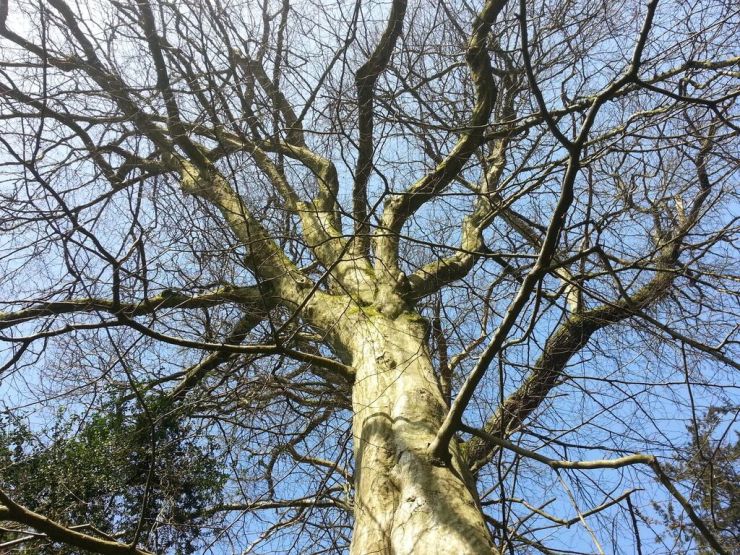 Like this Silver barked Hornbeam for example, which was not only the biggest I had ever seen but one of the most impressively shaped. I could simply unload all of the many pictures taken from my visit but there are simply too many, besides it is a little bit lazy of the writer to let pictures do all the talking. This was the kind of place that inspires creativity, the dynamic nature of trees is so evident upon a site as rare and complex as this.

They stand towering in their glory and among kinds they may never have grown beside in nature, yet its seems quite amicable, perhaps some of the smaller trees are concerned by the giants rising into the clouds but if so they don’t show it. They live together in an eloquent harmony or perhaps that is simply the expert placement of their planters or the care and management of the Forestry Commission, it certainly comes across that way.

This sign is one example of what we may stumble across among the towering canopies, it denotes the story of the coppiced tree below which has been managed and harvested for an age. Over this time the original stem has long since vanished (mimicked by the sculpture you can see in the picture below), many more stems, all genetically identical and interlinked by one root system carry on the original, this was last harvested in 2012. Interestingly this is a common tendency among certain trees. Some, like Aspen, spread roots a long way from the ‘maiden tree’ and send shoots up more than 30-40m away, this has resulted in some huge ancient living organisms in nature

There will always be a part of me that craves for the natural and native way things are, as I have grown to know them and the ecosystems they create and stabilize but there is certainly place for variety and change. We live in an ever changing world where no normality can ever exist, such a thing would require time to stop moving, which it doesn’t seem to keen to do. The biological world however is intricate, intelligent and dynamic and it shows here in such a unique way it is a pleasure to have witnessed. I would advise everybody to visit this place, to find an excuse to go and witness it for themselves because I simply cannot do it justice in a blog but of all the sites I have seen, this was up there with the best of them.

As a kind of appendix I want to display some more of the pictures I took to any who would like to see them, if not I thank you for reading 🙂

below: An image of the original arboretum known as the ‘old arboretum, this is the place to see real living titans of nature.

below: a good example of the many veteran Oaks at Westonbirt, notice the person for a sense of scale and then bear in mind this old trees is the later stages of its life, the crown having died back the dangerous material has been carefully removed but left for habitat. 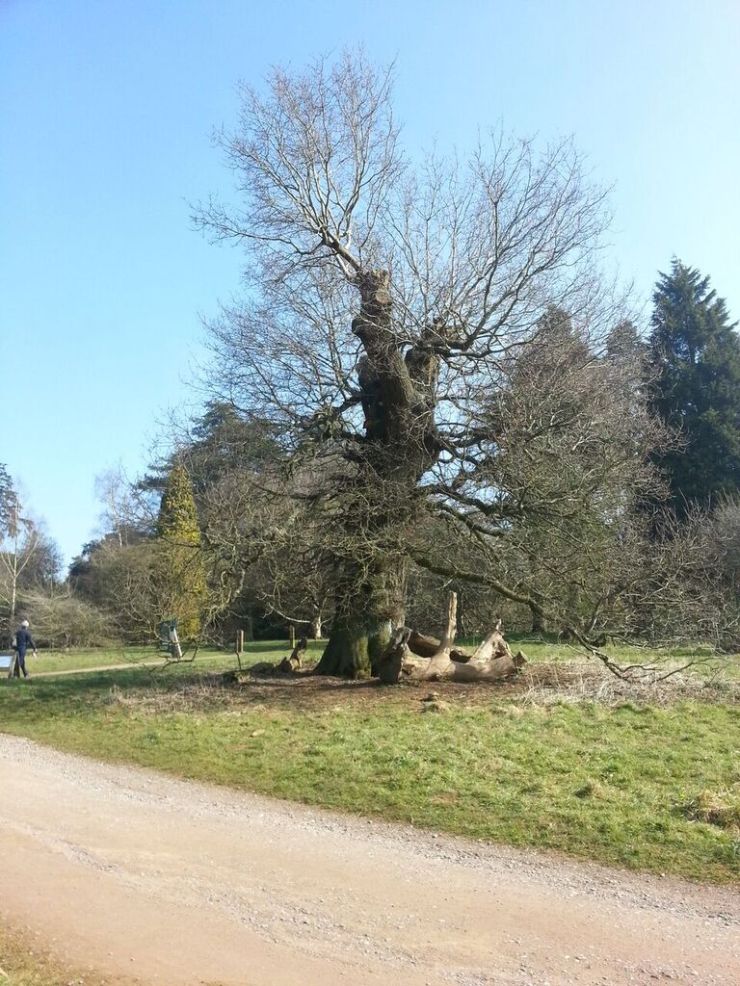 Below: Emerging from the shade

Below: A Wingnut tree on the fringe of the old arboretum 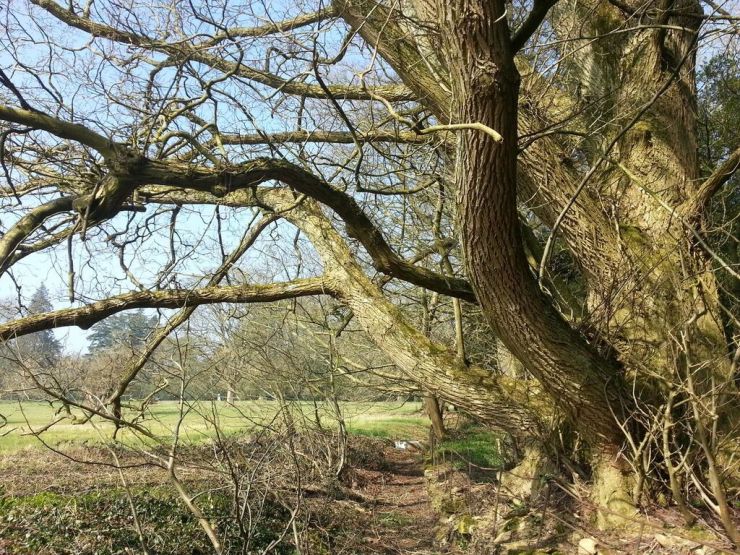 Finally: A fine specimen of an Oak tree 🙂