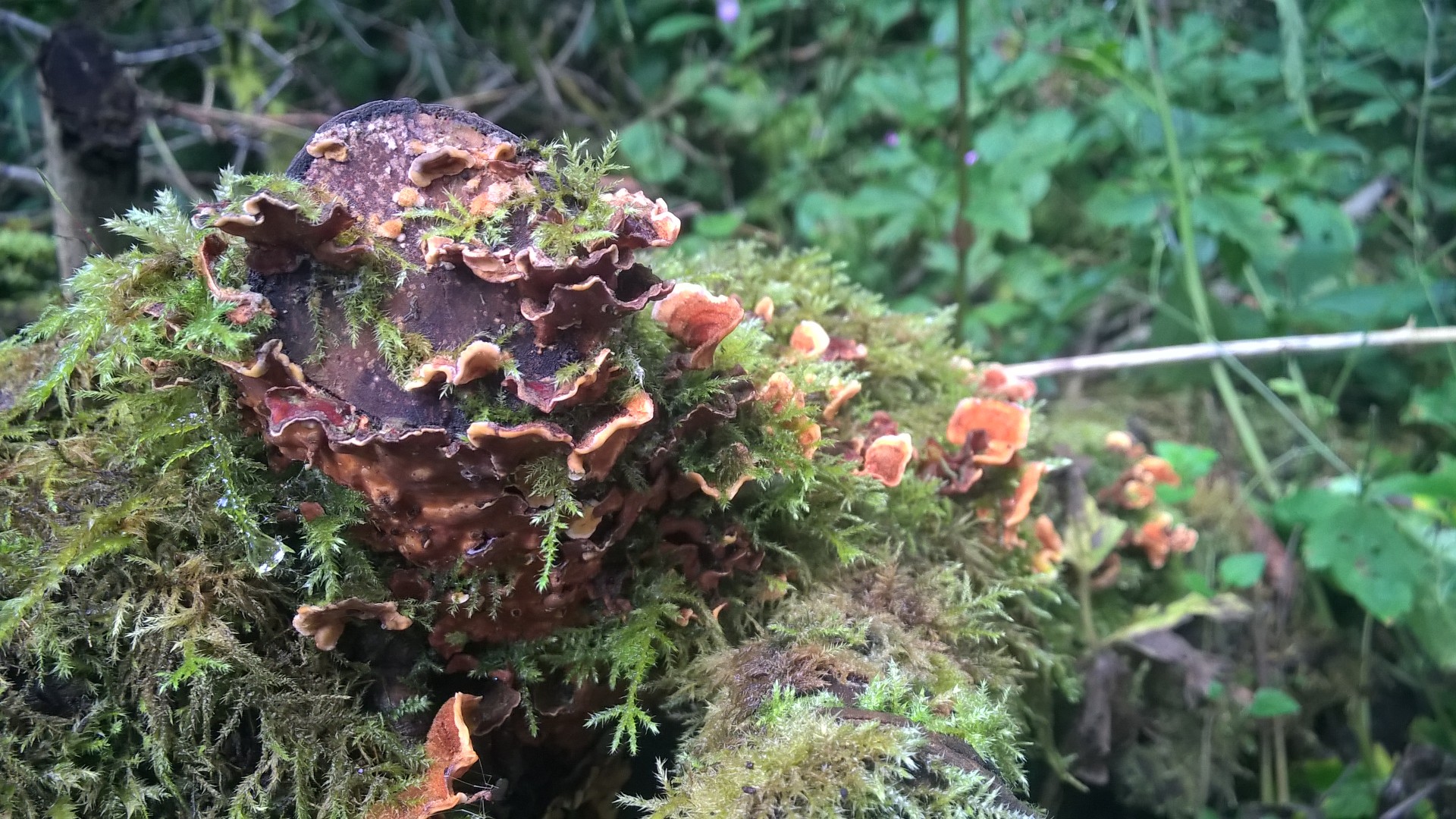 So it’s high time I invested a bit more effort in this blog, all was going so well but time passes and before you know it I have let the ball drop somewhat but as far as this morning goes that’s all changed (this morning anyway…). You see this morning I went for a run for the first time since ‘who knows when’ and properly ran further than I ever have in all my ‘anti-running’ lifetime. I am sure there are plenty of people out there who understand and revel in the joys of exercise and what not, unfortunately I have never been one of them, the gym has always seemed a bit like a ‘hamster wheel prison’ through these eyes.
However I do love to hike, I love the long slow mentality needed to push on knowing you’re not getting anywhere fast as weird as that sounds, for me, that endurance is a great way to quieten a noisy mind. Which, during times of study/work/plans/study is excessively noisy but such times don’t really accommodate long Lakeland hikes so for me a run seemed to do the trick!
During the run the minds only task is to be quiet and carry on, taking a good look into it one can easily recognize the lack of effort on our part, the body does the hard work and all we have to do is keep going. Such activity makes does the work for me, what was torturing me with constant dialogue last night (as if the off button had broken) is calmed not through my effort but through the act of running. Now as a disclaimer, there is no doubt gym people, buff and addicted to endorphins that find this all very basic but it does lead into my first point quite nicely :). Those activities, places or situations that do our minds the world of good, that clear the clouds and leave us in the days of content focus, for me no place does this more than an ancient forest, or any forest or woodland to some degree. 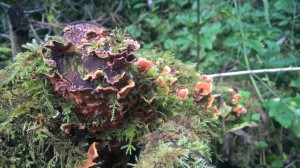 Surrounded by the towering giants of the oldest trees I told my nephews are like sentinels, watching over the forest floor, bearing seeds and sheltering the generations that will one day take their place. the silence as winds fail to penetrate the canopy but the almost sacred flickers of light the dance about the shrubs bringing vital life to the shaded leaves below. Of course I am lucky enough to spend my life in, around or studying trees so each trip into a forest is a cacophony of fascinating intrigue, never yet have I walked the woods without being surprised or even astounded by the beautiful matrix that surrounds me.
Talk of a place where a calm mind is effortless… usually you will stumble upon a river flowing through a value that acts as the central vein feeding the forest and washing out the crap. There the canopy will finally give way and the skies above can complement the sounds of rushing water and the feeling of being full, like what is usually missing is no longer so. There is in some lovely culture, I think Japan, a phrase that’s literal meaning is to bath in a woodland and describes the act of travelling to such a place just for that unique sensation, I suppose I could google it but I haven’t so… anyway. 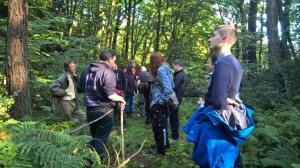 During our time studying trees we are lucky enough to enter into a number of the areas more pristine woodlands and as this picture hopefully shows, the lessons are a mixture of fascinating insights and calm appreciation. If we were more adaptive, more capable and open to change then many lessons would take place in this classroom because why not? In this place I was living what I learnt and the atmosphere made such endeavour effortless.
The natural world has so many layers to appreciate, or so I find anyway, from the top of a mountain the view stretches to the horizon and beyond and that moment fills us with a kind of awe that doesn’t really need explanation. In a woodland one can almost imagine oneself inside the mind of an early human whose mind was likely much quieter and much more spooked by the fairy rings, strange sounds and looming shadows. Magical mushrooms litter the lower, damper places and can sprout as if uncannily from every nook and cranny. 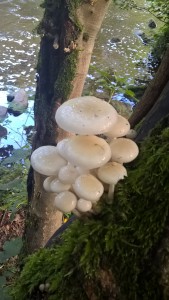 This particular woodland had once contained a mill used to turn a sharpening stone to sharpen the vital tools of the nearby folk, along with two rows of terrace cottages whose only remains are the foundations of what must have been very small homes was this (picture below). The remains of the mill itself abandoned only fifty years ago but a symbol of nature’s power, and the wonderful mysteries one can find when adventuring the world we see outside our windows every day. It’s worth noting that although I am no authority on the subject of fracking, there is shale beneath this wonderful woodland and should we as a society choose that path then what I display here could be one of the industries victims.

I don’t mean to waffle on at you considering I am on my computer which uses energy, my phone is next to me which I charge most days and my e-cig that takes even more, in fact my mouse has batteries too so I suppose I am one of the leading reasons we need more energy quickly 😛
Now for my last point today I want to talk about doubt and its place within each of our psyche because it very much does sit inside us and though we spend huge portions of our lives pretending it doesn’t, the fact is it remains. Not only does it remain but it controls us, dictates whether we will or will not push through the barriers we hide behind and keeps us living a life we don’t really like because it’s safe instead of venturing into the unknown where fear lurks.
“There’s no point pretending I am going to do that because I already know I won’t” sound familiar? Well it does for me and couple it with a heightened sense of anxiety at the prospect of not obeying the great ‘self-doubt’ it can be a right bugger if you don’t mind me saying. In fact, I often find its right at the core of down times, especially depression as your mind takes shot after shot at its own vulnerability, summoning up all those times we decide we ‘failed’ and playing them on re-run over and over. People friends and loved ones may tell you you’re good at something but ‘ol doubty’ will make damn well sure you know they are lying to make you feel better and the reality is the complete opposite.
Personally I feel as though I am in a good place with myself these days and although the occasional down times run and the odd blues wash over me, it is only self-doubt that keeps me up at night. So why is it there and how to I stop it? Unfortunately my answer doesn’t really come with a get-out-of-jail free card because though my own experiences, self-doubt has a purpose and without it we would never learn the strength needed to really dig-down-deep. Below is one of the many products of self-doubt as I struggled away studying and slowly anger built as frustration consumed me and within the blink of an eye my work was crumpled up and at the other side of the room. 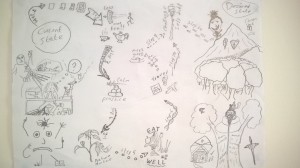 This is now on my wall and sometimes I take it into college with me, it lacks detail and is far from over-thought but to calm down and avoid a spiral of self-loathing I took up a pencil and began to draw this (something I had seen recently on a TED video). It basically showed me as I felt there and then and then me where I wanted to be and then I drew some steps which depict how I intended to make the journey. Now of course it’s a metaphor and of course it’s a simple idea that may seem a tad much but after it (which I first left only half finished) I felt back to myself and happy but more than that I felt like I had made the real progress I needed a sort of inward progress.
So I suppose my point on self-doubt is three fold:
-I promise you that you are not alone in it, I for one have been plagued by it all my life but now I realize that everyone else has too it’s perfectly natural infect
-It can almost be viewed as your own personal teacher, your own doubts will manifest in their own way and those unique ways are actually challenging you but
-Sometimes we are on the wrong path and self-doubt is what can show us that the problem is not you, your perfect as you are but maybe there is something out of balance that needs addressing, I recommend drawing a picture like I did but be honest with yourself because… well why not?
Don’t worry about feeling blue, or down because worry will only make it all worse, go for a run, a walk or a drive, sit on a bench and watch the world go by. Don’t compare yourself to others because despite what society insists you are completely unique, the DNA in your cells may mimic qualities of parents and ancestors but they exist in you and you alone. Your way of living your life is not for others to judge though unfortunately they will but so long as you don’t torture yourself you will find life is actually quite nice because it doesn’t judge it just is.
Anyway this has really turned into a long ol blog and I have noticed I have a tendency to kind of wander of topic but I hope it’s a palatable read anyway , I need to get to college now though so that you once more, have a great week 🙂

One Reply to “Running, Bathing in a woodland and a note on ‘doubt’”